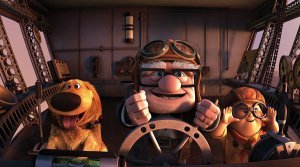 Carl and Ellie form an adventure club in an abandoned house, and Ellie tells Carl about her ambition to move their clubhouse to the top of Paradise Falls in South America. Now in his old age, Carl fends off the rise of skyscrapers on his doorstep and, to the amazement of all, unleashes thousands of balloons attached to his and Ellie’s house, which drifts away into the sky, ready for adventure. The first section of Up is more moving than a lot of films ever achieve. If you liked WALL-E then you can expect even more from Up. 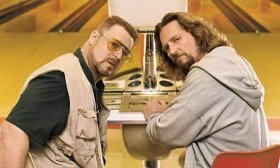 Our hero is Jeffrey Lebowski, otherwise known as The Dude. He’s a lazy guy who enjoys bowling, drinking White Russians and the occasional acid flashback until a gang mistake him for a different Jeffrey Lebowski (small world indeed), demand money from him and ruin his rug. All he wants is compensation for this rug, but instead he is plunged into a world of deceit, intrigue, blackmail and violence, providing the basis for some of the finest comedy moments in cinematic history. This is probably the Coen brother’s funniest film, containing countless lines that you’ll be quoting for hours on end. 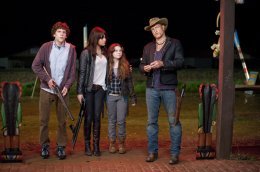 Most of mankind has succumbed to a virus that turns people into zombies. We follow the life of one of the survivors, Columbus, a student trying to get back home. On his hilarious journey he encounters Tallahassee, a man out to kill as many zombies as he can and find the world’s last Twinkie, and the cunning sisters Wichita and Little Rock. Together they must face this apocalyptic world and find a place that they can live without fear of being eaten. Zombieland goes highly recommended for anyone looking for a fresh and comical look at the zombie genre. 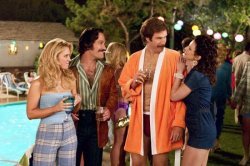 News anchorman Ron Burgundy’s homely reporting, bushy moustache, and eponymous blazer have won the hearts of San Diego. But all is thrown into disarray when his station adds a lady to the line-up. Unsure whether to romance the new recruit or sully her efforts with chauvinistic chides, only one thing is for sure: she has compromised the integrity of Ron’s reporting, which is bad news indeed. Broadcasting a wealth of quotable dialogue and witty slapstick, Anchorman is considered a cult classic of contemporary comedy. Tune in, and stay classy!

By day Thomas Anderson works for a large software firm, but by night he hacks into computers under the alias ‘Neo’. Cryptic messages appear on his computer screen that lead him to a meeting with a group of people led by Morpheus (Fishburne) who awaken Neo into the ‘real’ world, a dystopian nightmare where people are used as energy sources for a race of intelligent machines. It’s hard now to remember what things were like before the Matrix hit our screens. It needs to be appreciated on the big screen, and if you missed it the first time around now is your chance!