SIX films in one night! 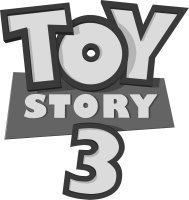 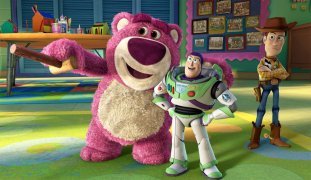 That’s right, they’re back! After a long wait, Woody, Buzz and the rest of the toys that we have come to love have finally returned and are up to some more crazy antics in the newest instalment from the wonderful collaboration of Disney and Pixar. An all-star cast lend their voices to the loveable toy box, and there are even some new characters in the mix, including a smooth-talking Ken doll and a Lots-o-Huggin’ Bear.

Andy is all grown up and off to college. Woody and the gang are accidentally thrown away in the rush of packing up, and find themselves in Sunnyside Daycare at the mercy of the terrible tots. The toys try to settle in but Woody’s etching in his foot tells him that that something isn’t right; they belong to someone else. Andy wants them back and the toys have to work together to get back home. Unfortunately, it doesn’t help that they have somehow set poor Buzz into Spanish mode…

Some are calling it one of the best trilogies of all time. Come what may, you’ve got a friend in this film. 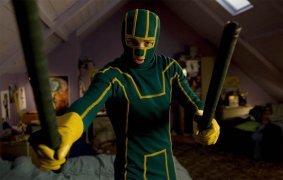 Dave Lizewski (Johnson) is your typical alienated, angst-filled teenager, harbouring a love of comic books and very little else, until he decides to become a superhero. With enough naivety and stupidity to offset his lack of powers, Dave assumes the alter-ego of ‘Kick-Ass’, becoming an overnight internet sensation. However, it’s not long before Dave is in over his head, as he unwittingly becomes the target of drug-lord Frank D’Amico (Strong) and his army of henchmen.

Viewers be warned: Kick-Ass contains enough bad language, drug use, and stylised violence to keep any Tarantino-fan satisfied. However, don’t let that stop you, because if you peel away the veneer of gratuitous violence, profanity, and comic book iconography, there’s something truly different about Kick Ass. Not only is it one of the most refreshing action (and superhero) films in recent memory, it’s got personality. The characters are endearing, the plot, whilst hardly groundbreaking, is engrossing, and its theme of social accountability is pretty relevant. After all that, if you still find yourself on the fence, let it be known that it’s also got some of the best action sequences since Die Hard and the deadliest 11 year old girl in cinema history. 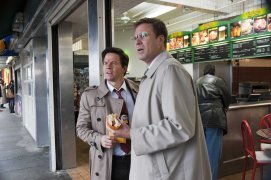 Will Ferrell and Mark Wahlberg are a couple of lowly pen pushers in the New York police force who are continually sidelined by the loud and brash achievements of the department’s star players, Samuel L. Jackson and Dwayne “The Rock” Johnson. The case that allows the “Other Guys” to push their way into the limelight concerns the corruption of malign businessman Steve Coogan, but the complications of the plot are not as important as the high level of comedy that this film manages to retain throughout.

The film has the energy of an extended comedy sketch, combining satire, slapstick and the surreal. As expected, the comedy is in good hands with Will Ferrell, but the real surprises here are the actors who match his comedy with similar skill. Wahlberg is far funnier than he has been for several years, and Eva Mendes happily sends herself up in her role as Ferrell’s unfeasibly attractive wife. This film puts a refreshing twist on the tired old conventions of buddy movies, and a few critics have already begun to describe this as one of the funniest films of the year.

Click here to find out what The Mystery Film was! 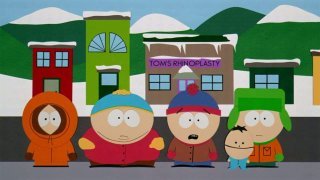 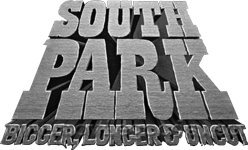 Whether you’re a fan of the television show or not, it is hard to deny the impact South Park has had in the world of animated comedy. Skewering and satirising religion, politics, celebrities, popular culture and more, no one is safe from the razor sharp cultural commentary of the show’s creators Trey Parker and Matt Stone. That is why it is great to see Stan, Kyle, Kenny and Cartman being ruder, cruder, and funnier than ever in their big screen debut.

When the quartet of third graders go to see the Terrance and Phillip Movie, their already impressively profane vocabulary becomes ever more imaginative, sparking outcry in their little redneck mountain town. A series of outrageous events and sacrilegious songs follow in what is one of the funniest musicals you’ll ever see. With an undercurrent of political satire so bold and brash that you might miss the subtler nuances, and a mammoth amount of quotable lines that are, of course, all too rude to be listed here, South Park: Bigger, Longer and Uncut is as enjoyable as it is shocking. 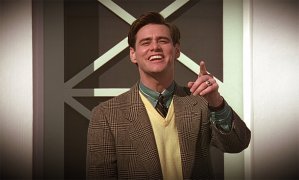 Truman Burbank (Carrey) is just an ordinary guy in an ordinary town where nothing really happens. The only problem is that the world he lives in is in fact a constructed reality TV show, which is broadcasted live 24/7 to billions of viewers across the globe. Everyone in the "The Truman Show" is a hired actor, with one important exception: the lead character himself, who has absolutely no idea that he has lived his entire life on a television set. One day, after a series of accidents, Truman begins to question the world around him and suspect that appearances might be deceiving, slowly beginning his challenging discovery of the truth.

The less you know about the plot the better, as this film is an extraordinary experience from the first to last minute. This is both a cautionary tale about the dangers of mass media and a surprisingly affecting drama about one man’s search for the meaning of life. As an intriguing, intelligent, and thought-provoking slice of satire with a multitude of subtexts, social commentaries and satirical sideswipes, The Truman Show is a real success. The film earned numerous nominations at the Oscars, Baftas and Golden Globes. Don’t miss this truly original masterpiece!