Some memories are best forgotten.

Review:
This screening in association with 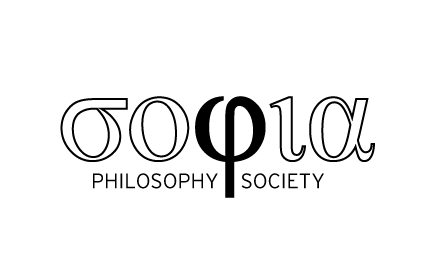 The last thing Leonard (Pearce) remembers is the murder of his wife (Fox). Since then, unable to form new memories, his life has revolved around trying to solve her homicide - aided by the messages, Polaroids and tattoos he leaves himself. Further to that he knows nothing. Zip.

What Leonard does remember is his life before that disastrous day. He was an insurance claims investigator and had a client, Sammy Jankiss, with a similar condition to the one he now endures. Sammy’s story, including the accidental manslaughter of his wife, conveys Leonard’s difficulties to others. Using the information he leaves himself, Leonard needs to build not only a picture of what he's learnt, but also of the man he's become in the time since he stopped remembering.

Amongst his acquaintances are Teddy (Pantoliano), who is murdered in the opening scene of the reverse plotline, and the seductive Natalie (Moss), a barmaid he meets and offers to help him with his plight. But where do they fit into the hunt for his wife’s killer? Who can he trust when he can't remember meeting them before? How reliable are the notes, tattoos and photos he has for memories?

The acting is crisp, with all the main players slotting in subtly and seamlessly to aid the film's double-flow. Christopher Nolan has gone on to bring Batman to the fore and offered up The Prestige, but Memento is where it all began. His use of intertwining colour and black and white plotlines helps to build and unravel the tension in one of the best films you'll ever see. Some memories are best forgotten – remember that.

Leonard suffers from acute long term memory dysfunction. Since sustaining a head injury, he cannot retain any information or remember any experience for more than a matter of minutes. His day to day life is based on all information and memories that he had before this event, and any notes that he makes for himself thereafter. All his actions are now geared towards one goal, avenging his last lingering memory - his wife's rape and subsequent murder.

His investigation is based on the only two sources of information he can trust; the tattoos on his body of all the 'facts' he has gathered, and his collection of polaroids with hastily made notes at the bottom.

Director Christopher Nolan, in his first Hollywood endeavour, uses a brilliant mix of intimate camera work and non-linear chronology to place the audience in Leonard's mind. We are given a seemingly random set of facts that we somehow have to piece together, often without understanding their origin. Moreover we are left not knowing what to believe, how to interpret the information presented, or who to trust - exactly as our protagonist experiences his environment.

This refreshing spin on the thriller genre keeps the attention from scene to scene and leaves us on the edge of our seats with its fast pace and sudden changes of direction. It also has a few welcome moments of comic relief.

Guy Pearce (of L.A. Confidential, Pricilla Queen of the Desert' and, er, Neighbours) delivers a powerful performance as Leonard. The familiarity that the film creates between audience and protagonist is accentuated by his successful conveyance of the frustration and confusion that his character is constantly battling against.

This is an inspired film, one that keeps you guessing from start to finish, but which keeps you totally engaged throughout. The unconventional direction and fantastic performances mean that any self-respecting film fan simply cannot afford to miss it.