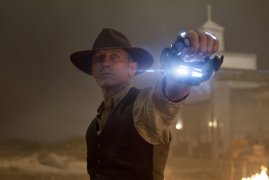 From the director of Iron Man comes this genre-movie-mash-up as the wild west is invaded by an army of destructive extra-terrestrials. Daniel Craig and Harrison Ford give the film a heavy dose of star power, whilst up-and-comer Olivia Wilde is ideally suited to her role as the mysterious traveller, offering more than just eye candy.

The film also boasts some spectacular special effects and successfully avoids crossing over into gimmicky territory, which is no easy feat given the bizarre premise. Fun, guiltless and full of high-octane action, Cowboys and Aliens is a sci-fi tinged western romp that answers the question that (obviously) everyone has asked at some point in their lives – who’d win in a fight between cowboys and aliens? 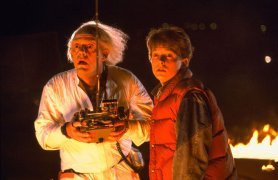 Michael J Fox time-travelling in a souped-up Delorean? You can’t go wrong with this 80s cult classic that sees teenager Marty McFly (Fox) transported back to 1955 by eccentric scientist ‘Doc’ Emmett Brown (Christopher Lloyd). There, he gets to answer the question we’ve all pondered at some point – what were our parents really like as teenagers?

But things get complicated when Marty’s mum falls for him and he has to find a way to rekindle his parents’ high-school romance, or else be erased from time altogether. And as if this isn’t enough to deal with, the Delorean’s out of gas. Part sci-fi, part screwball comedy, this is not only a brilliant take on the classic time-travel problem of how to avoid altering the future, it’s got real heart too. Fast-paced and note-perfect, this is a film which stands the test of time. 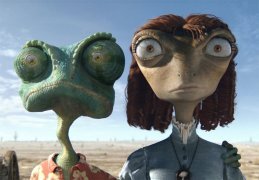 Littered with clever wit and western spoofery, Rango is a must-see. While much of the humour flies over the heads of children, this truly is a cartoon for adults, featuring hilarious references to other westerns, and even incorporating some slapstick. Sheltered house-pet Rango finds himself in gritty desert town, Dirt, sticking out like a sore thumb. An identity crisis of sorts, Rango recreates himself as Dirt’s last hope - the sheriff that can hopefully solve their drought problem. Storyline aside, the animation is fantastic. The textures of the desert animals and the colours of the beautiful western backdrop are just perfect for this wannabe Western animation.

Click here to see The Mystery Films of AllNighters past! 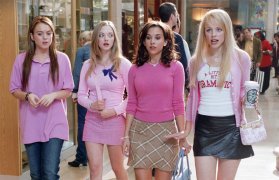 Written by Saturday Night Live’s very own Tina Fey, Mean Girls sees ‘girl-world’ newbie, Cady (Lohan), jump from her home-schooled sheltered life in Africa to the political madness of high school. She quickly learns that the phrase ‘survival of the fittest’ is not limited to the animal kingdom, as she is thrown into an intense battle of the cliques. First she finds grunger lesbian Janis and gay best friend Damien, who guide her through the Cool Asians, Jocks, ‘Burnouts’ and of course ‘The Plastics’.

Regina (McAdams) and her fellow ‘hotties’ are top of the social food chain, and are hated by Cady’s new-found friends. When Cady is invited to lunch with the Plastics, Janis creates a vengeful plot against them, using the new girl as her ultimate weapon. Joining ‘girl-world’ seems like a good idea, but Cady soon finds herself in the midst of the bitchiest scheme ever to hit North Shore High School. Throwing in romance and family problems along the way, Tina Fey creates a sarcastic and hilarious adventure that will leave you quoting your favourite lines for years to come. 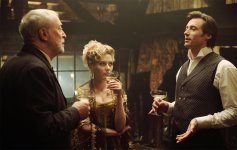 The director of Batman Begins, The Dark Knight, and Inception presents the feud of magicians Alfred Borden (Bale) and Robert Angier (Jackman) in Victorian London, as the former stands accused of murdering the latter. The beginning of their rivalry is retraced, exploring the escalation from sabotaging each other’s acts, to death as the pair become increasingly obsessed with outdoing each other and developing the perfect trick, with mentor and trick designer Cutter (Caine) and glamorous assistant Olivia (Johansson) caught in the middle.

The Prestige contains everything we have come to expect from a Christopher Nolan film, with engrossing characters (thanks to superb performances by Bale, Jackman and Caine) and countless plot twists and turns that serve to conjure up a dark and absorbing thriller.