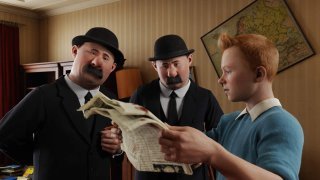 The location of the mysterious treasure of The Unicorn was thought to have sunken with the ship itself. But when the plucky reporter Tintin (Bell) purchases a model of the ship at a market, he and his faithful companion Snowy are soon swept up in a race against time to locate the treasure before the sinister Mr Sakharine (Craig). Accompanied by Captain Haddock (Serkis), the helpful, but slightly drunken sea captain, the heroes attempt to collect all of the clues, and avoid the murderous clutches of Sakharine in an action-packed animated screen spectacular with all the heart of Hergé’s original creation.

Boasting the beautiful artistry of Peter Jackson’s famous Weta workshop, Tintin is a film filled with fantastic detailed landscapes and an utterly immersive setting. Not only is this film visually stunning, but it also highly entertaining, no surprise given the collective talents of both Pegg, who plays Inspector Thompson, and Serkis, who does a hysterical job of bringing the character Captain Haddock to the screens in all his drunken glory. With all the appeal of excellent special effects and an extremely talented cast, Spielberg’s direction is the icing on the cake; the script has exactly the right amount of laughs, action and heart-warming moments to convey the well-loved characters believably and still be considered a ‘must-see’ film. If dramatic mysteries with a dash of humour are for you, then go and see Tintin!
Aimée Crickmore 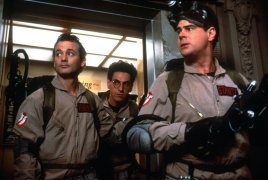 When a quartet of parapsychology professors run out of funding for their department, they set up shop in an old firehouse as a ghost extermination business known as ‘The Ghostbusters’. With the help of their very own ghost bustin’ proton guns, they set out to rid New York of ghostly menaces, but it is not long before they face the ultimate challenge; a Sumerian god known as Gozer the Gozerian.

The most expensive comedy of its time, Ghostbusters raked in money hand over fist, and it’s not hard to see why. The combination of sci-fi and comedy has become somewhat of a tradition, with films such as Galaxyquest, Spaceballs and Paul following in its wake. One particular reason behind the success of this cult classic is the living-legend Bill Murray, who appeared as himself in the recent ZomCom Zombieland, and after Ghostbusters went on to star in films such as Osmosis Jones, Groundhog Day and Space Jam. Ghostbusters itself is a genre defining film which took audiences by storm, with a side-splitting script and great special effects, most notably the Stay Puft man, not to mention a ridiculously catchy theme song. This cult classic remains fresh and funny to date, and is a highlight of cinema – Bustin’ makes you feel good, after all! Aimée Crickmore 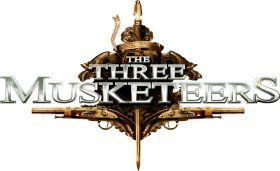 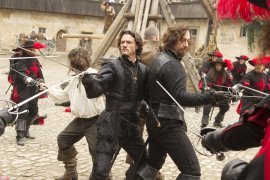 In the 17th Century, after an outrageous betrayal by the Lady de Winter (Milla Jojovich), the three French Musketeers, Athos, Porthos and Aramis, have all but lost faith in everything. That is, until they meet the young and hot-headed D’Artagnan, who has always seen them as his idols. Once more rising to their status, they set off to undo a major conspiracy against the king of France, orchestrated by Milady, the Cardinal Richelieu (Christoph Waltz), and the infamous Duke of Buckingham (Orlando Bloom).

Though inspired by Dumas’ masterpiece, director Paul Anderson openly chooses to toss historical accuracy out of the window, and does so with gusto. The results are a surreal and enticing fresco of the 17th century, where the legends of the time are dragged into a new reality with whiz-bang action sequences and gigantic flying war ships. A classic adventure in shiny new clothes, The Three Musketeers is a pleasant surprise. Charles Noirot

Click here to see The Mystery Films of AllNighters past!

It was back in 2004 when we were first introduced to Dreamworks’ swashbuckling, Spanish-talking, sword-wielding feline. Now, seven years later, Puss in Boots is finally the protagonist of his own film. Dreamworks once again show their individuality by avoiding becoming Pixar-copycats, and ploughing ahead with their own unashamedly entertaining and bombastic style. Chris Miller returns to the helm as director (Shrek, Shrek 2 and Shrek the Third), with a lot more vigour than he left it, and the Shrek universe is once again beautifully rendered and instantly recognisable. Highly energetic, beautifully animated and wonderfully endearing, Puss in Boots is a return to form for the franchise that very few will be able to resist. 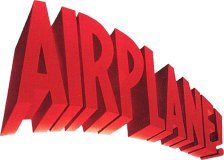 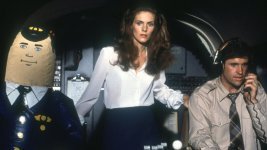 What can only be described as the Magnum Opus of the alliance of directors that brought us Hot Shots, the Naked Gun series and several of the Scary Movies and the late great Leslie Nielsen, Airplane! is known as one of the pre-eminently quoted comedy movies of all time. Filled with endless gags both subtle and brash, from physically realised metaphors to rubber inflatable co-pilots, this film holds nothing back in the laugh out loud comedy department.

Airplane! is one of those ageless comedies that continues to stand the test of time. So hilarious this film will literally make you want to experience a plane crash first hand! Surely you can’t be serious? ‘I am serious and stop calling me Shirley’. Timothy Green